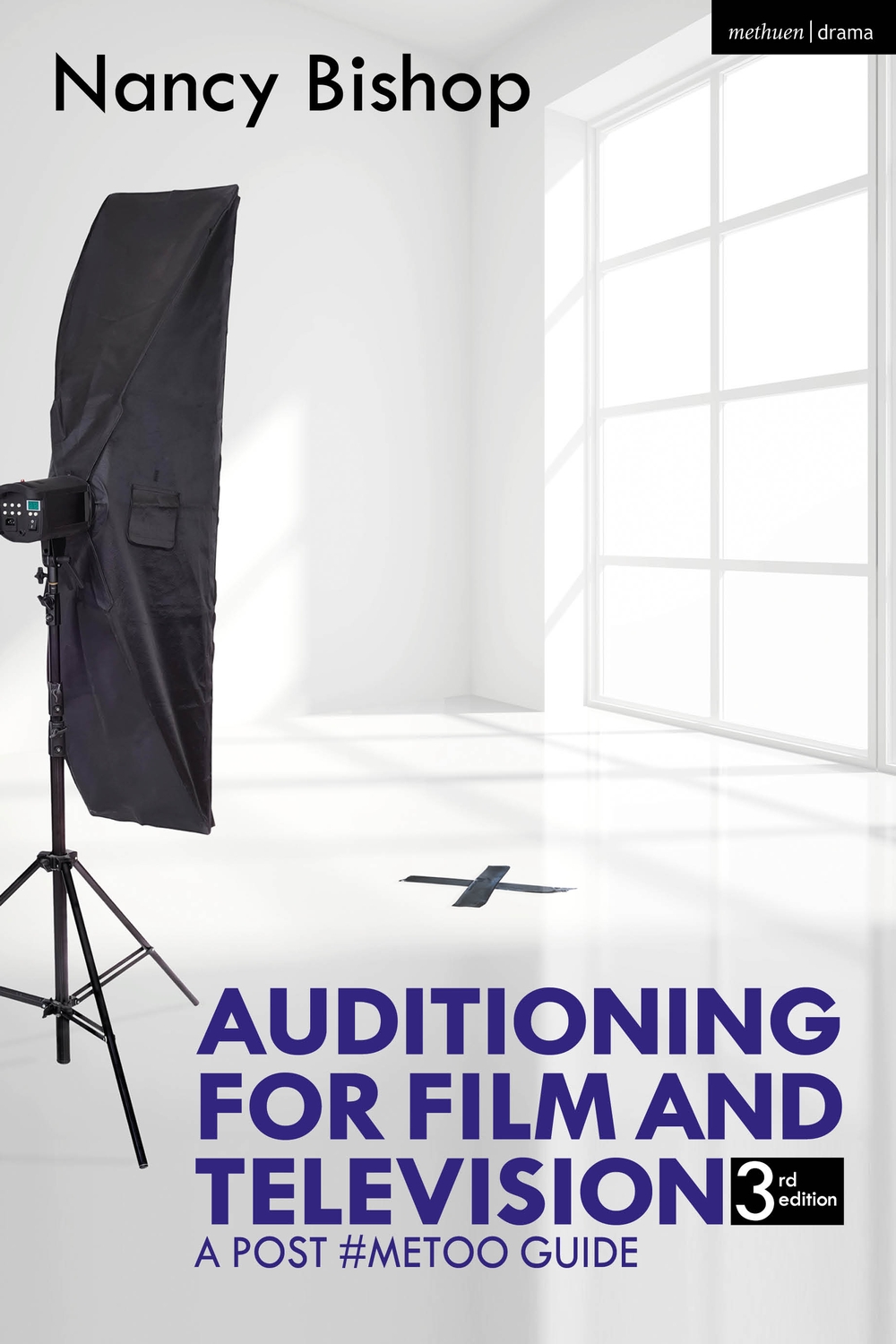 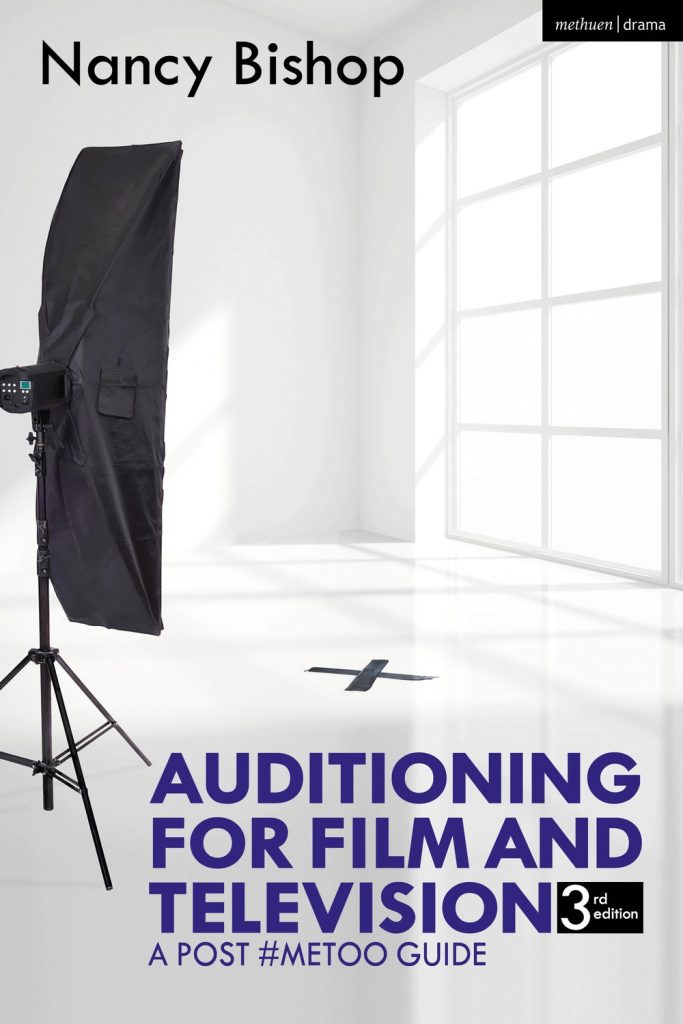 Nancy Bishop on auditioning for film and TV post #MeToo

For over 13 years now, Auditioning for Film and Television has been the dependable guide for actors on the casting process. Written by the legendary casting director Nancy Bishop, this book offers actionable advice on audition technique, scene analysis, and online casting, aiding actors in landing the part.

Since the first edition was published in 2009, this practical workbook has helped countless actors learn the craft of auditioning for screen. Of course, owing to the seismic changes within the industry following on from the #MeToo movement and the impact of social media, how auditioning and casting are conducted has radically changed.

This recently published third edition addresses these issues and how they come into play in the audition room, and so much more. Here, in this extract from the book’s 12th chapter, Bishop challenges the negativity surrounding typecasting, explaining how understanding the archetypes behind each part can allow actors to develop their brand and (ironically) broaden the types of roles offered to them.

Actors want to play all roles, and perhaps they can at some point in their careers. If you want to be employable, however, remember that archetypes play a central role in driving the story in literature. The use of archetypical characters universalizes the story, giving viewers the ability to identify with the characters in their own world. In psychology and mythology, it’s called archetype. In marketing, it’s called branding. Think of both in terms of broad general archetypes, like “the mother” or “the warrior,” as well as specific, such as “spoiled millennial,” or “creepy pedophile.” Part of being a good actor is to know thyself. That means identifying the archetypes predominant in the market, and knowing which roles you can convincingly play. This will help shape your marketing strategy.

As the actor progresses through life on their own hero’s journey, they must adapt to the archetypes that time and experience bring. It partly relates to age, so when we are young we play the innocent youth, like Pip in Great Expectations, or Dorothy in The Wizard of Oz. As we grow older, we may play the hero, who battles good, or their doppelganger, the evil shadow. Know the archetypes you can play well at any given point in your career.

In a busy and competitive market, there is nothing wrong with creating a niche, especially if you have a particular linguistic skill, or a particular physical characteristic. Are you excessively tall or short? Have a hooked nose, or bushy eyebrows? Some people, for example, no matter how happy they are, project melancholy in their face, and others possess a quintessentially comic look. While, on the one hand, some of the most brilliant casting choices have deliberately gone against type, there is nothing wrong with typecasting. Remember, the second part of the word “typecast” is “cast.” Actors often resist the idea of “types” because it reminds them of stereotypes, which indicate a derogatory over-simplification of character. Archetypes, however, have existed in show business for centuries, starting with the masked Greek dramas, to commedia dell’arte, to Shakespeare, to the sitcoms of today.

Here are some examples of epic, timeless archetypes from stories we know:

• The Innocent—Dorothy in The Wizard of Oz

• The Hero’s Mentor—Yoda in Star Wars, Tia Dalma in Pirates of the Caribbean

• The Fool—Tyrion Lannister in Game of Thrones

• The Femme Fatale—Samantha in Sex and the City, Claire Underwood in House of Cards

• The Lover—Romeo in Romeo and Juliet

• The Witch—The White Witch in The Chronicles of Narnia, or Phyllis Schlafly in Mrs. America

• The Trickster—Wednesday in American Gods, Luna Lovegood in Harry Potter

• The Destroyer—Bilquis in American Gods, The Wicked Witch in The Wizard of Oz

• The Creator—Aslan in The Chronicles of Narnia

• The Ruler—Queen Elizabeth I in Elizabeth, Henry in Henry V

• The Magician—Gandalf in Lord of the Rings

• The Rake—Don Draper in Mad Men, Prince Charming in Into the Woods

Here are some modern, specific archetypes:

It’s useful for actors to understand the archetypes, also called primary types, casting brackets, or niches, that commonly appear. You don’t have to choose one of the above and stick to it; you can play many archetypes but, knowing how you fit could help your marketing campaign. For example, I have on a few occasions run into an actor I know on his way to a commercial audition, dressed in a nerdy sweater and glasses. It’s not the way he usually dresses, and he admitted that that’s the role he always manages to land, so he plays towards it at auditions. He also may have a photo in his portfolio that spins him in this way. He knows he’s not going to be called in for the role of Spartacus in the next remake.

Knowing your archetypes can help you in your branding process, and selecting an image for a headshot. The key image will be neutral, but at the same time it should allow the viewer to see you in the archetypes that you can convincingly play. If you’re great at playing comedy, for example, choose a shot that projects that. Archetypes will morph and change during an actor’s lifetime. Judy Dench once played the fragile, virginal Juliet and now she plays the Queen Warrior. You can shoot a variety of headshots that are within your range and present specific ones when you audition for different roles.

Conversely, don’t limit yourself too much. Face the challenge and push past the archetypes within your comfort zones as well. I once assigned an actor an aristocratic character and he said, “I only play lower class roles.” He gave up a great chance to stretch himself. Where would the world be if Michael Caine, born to humble beginnings, had not been willing to take on roles like the professor in Educating Rita. Challenge yourself to grow, and allow your archetypes to shift as you advance through your career.

Auditioning for Film and Television: A Post #MeToo Guide is now available via Bloomsbury.com