It was great to see so many of our authors represented at Edinburgh Festival Fringe this year! Here are some of our highlights: 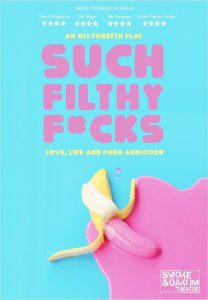 It was fantastic to see two medium collide in BBC Radio and High Tide’s double-bill of radio plays by Tallulah Brown and Vinay Patel. Silver Darlings and The Shores will be available on BBC Radio 3 from 10 November. Tallulah also had her thought-provoking play about the sibling bond amidst climate change, When the Birds Come at Underbelly. Also at Underbelly was Nicola Wren’s new comedy about forever trying to be more than a little sister, Superstar.

We were delighted to hear Pat Kinevane won the Herald Archangel award. He wrote and performed the graceful, raw piece of physical theatre, Before, at Dance Base. 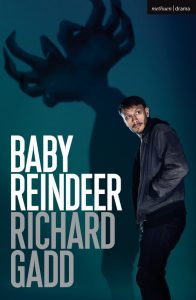 Summerhall was full to the brim of Methuen Drama authors’ productions, three of which we were delighted to publish. Daf James’ On the Other Hand, We’re Happy told the touching tale of a grief-stricken father embarking on his parenting journey while mourning his wife’s death. When I Fall … If I Fall by Claire Dowie was a heart-wrenching portrayal of an aging dancer attempting the can-can for the last time. Richard Gadd’s powerful, intense monologue, Baby Reindeer, was brilliantly reviewed and Richard won the Stage’s Outstanding Performance award. Congratulations! Baby Reindeer transfers to the Bush next month.

Also at Summerhall, Caroline Horton’s All Of Me had the perfect balance of light and dark in an insightful telling of what it’s like to live with mental illness in our society. All Of Me transfers to the Yard next month. Eva O’Connor also had her spicy new play, Mustard, on earlier in the festival.

We’re so proud to have such a strong collection of playwrights taking new material to Fringe this year, and are excited to see what the next year brings. Well done all! If you’re thinking of taking a show up next year, why not have a look at Mark Fisher’s The Edinburgh Fringe Survival Guide? Available here: https://www.bloomsbury.com/uk/the-edinburgh-fringe-survival-guide-9781408132524/. 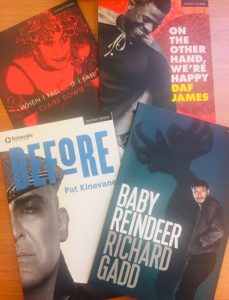