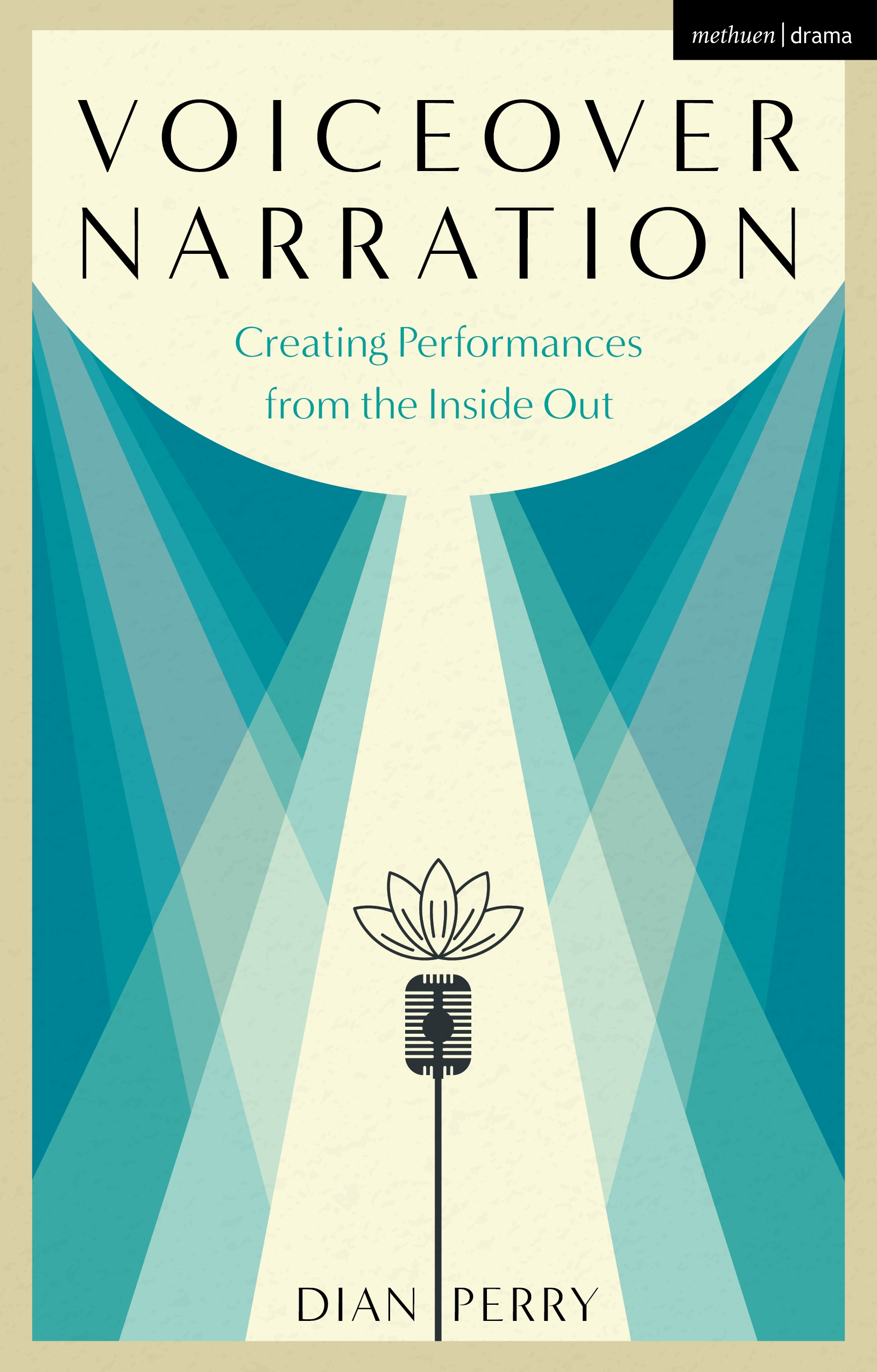 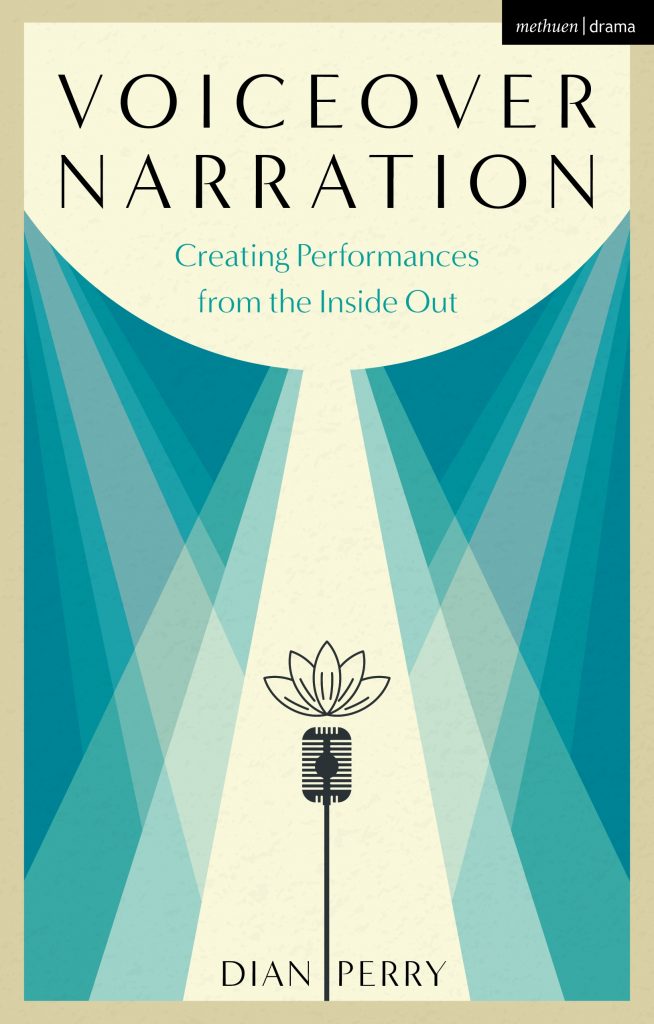 One of our highlights for July was the release of Voiceover Narration: Creating Performances from the Inside Out. Written by world-renowned voice actor, teacher and coach Dian Perry, this new book breaks down the secrets of the voiceover industry in search of answering one key question: what goes on inside a great narrator to make them great?

With wisdom, humour and personal anecdotes, Dian shares everything she has learned about narration from her decades of experience. Her incisive advice is supplemented with graphics, worksheets and a variety of sample texts; this is an invaluable handbook for both amateur and seasoned voiceover artists.

As there are so many ‘sub-genres’ of narration (audiobooks, corporate films, documentaries, e-learning and explainer videos to name only a few), it is critical that voiceover performers have the right foundation to deliver their narration. In this extract, Dian explains how important a good foundation is and how it can be achieved, through a series of simple exercises and anecdotes.

An extract from ‘The Foundations of Narration’ from Voiceover Narration: Creating Performances from the Inside Out:

Change the foundations and the entire “house” shifts

So, what are these foundations that are so essential to producing great narration reads? What kind of solid base do we need to build in order to free ourselves as speakers to clearly express our clients’ messages and stories? Let’s start off with crucial groundwork—getting your mind, body and voice to work together as a team.

As individual speakers, voice actors and narrators, we are always working with a crew of three—a sort of “holy trinity” of performance—mind, body and voice (MBV). When this trio works as one, our reads flow very nicely; when their paths diverge, not so much. Luckily, we’re equipped with the innate ability to sense when our components are working well together and when they are not.

Try this exercise: slump down in a chair and let all the energy drain out of your body. Keep still and exclaim “I am alive and I feel fantastic!” How did you do? Chances are there was an inner conflict between the words you said and how you felt saying them. Collapsed in your chair, your body was in quite a low state of vibration while your mind and voice were trying to generate something with a very high vibration. I refer to this uncomfortable experience as “disconnect.” If your MBV are not on the same page, you’re going to feel that pinch of disconnection and your message will have a tough time getting through.

Let’s do another: stand up straight and strong with your feet shoulder width apart, chin up in the air, and hands on your hips. Now quietly whisper “I am a superhero, and I am here to save the world!” Did you feel the discord between your body language, voice and the information you were trying to get across? Perhaps you instinctively tried to pull it all together into something that made sense and felt true? This is a really good impulse to cultivate and will help to keep your MBV working as one. When I tried this exercise, I imagined I was standing in front of a mirror, having donned my superhero outfit for the first time; I was smiling at the reflection and tentatively trying out a catch phrase.

It’s an odd sensation when the MBV are out of sync. Learn to recognize this feeling (however it manifests for you) and trust it, because it’s going to be a useful early warning signal when your performance goes off track.

Think of MBV as a circular system, where any one of the three elements can be used as an entry point, depending on your learning style. For example, if you tend to be cerebral, start there and then add physicality and voice; if you are naturally more body-focused, begin with gesturing and then let the voice and mind join in; if you’re aural (like me) get your voice going and then allow the mind and body to follow. It does not matter where you start, as long as the trio ultimately works together as one system and in balance. Let’s get to know the members of your team.

In the Introduction, I wrote “In order for us to truly reach our audience, we must dare to forgo the analytical mind.” Let me expand on that. The goal is not to stop using your mind altogether, just to keep the critical part in check so it doesn’t interfere with your performance. So, where is this meddling critic and how can we control it? I’ll answer both parts of that question, but first we need to know a little about how our brains are wired.

I have to admit that I knew relatively little about brain anatomy before a friend recommended Dr. Jill Bolte Taylor’s incredible 2008 TED Talk, “My Stroke of Insight.” Using an actual human organ, Dr. Bolte Taylor teaches us that our brains are divided into two distinct hemispheres and that the right and left halves are mostly independent, apart from a thick bridge of fibres called the corpus callosum.

The right brain sees everything in pictures. It’s focused on the present moment and learns kinaesthetically (through movement). This is also the part of the brain that connects our consciousness to the energy all around us. The left brain thinks in language rather than pictures. It’s concerned with logic; it categorises, is methodical, and sees the world as “I” and “other.” This is where our inner critic lives and it’s also where our language and numbers reside.

In her gripping 18-minute presentation, Dr. Bolte Taylor shares her extraordinary experience of having a stroke, while witnessing it from her unique perspective as a brain scientist. She suffered a massive haemorrhage in her left hemisphere which rendered her unable to speak, recognise numbers or recall any of her life. It took eight years, but she made a full recovery to astonish the world with her story. I watched this inspiring talk many times, and it must have planted a seed.

Years later, I was teaching a class on voice acting for animation and had a revelation about the different hemispheres of the brain and the roles they play in performance. Working with a group of students, I was using a slightly amended version of Pat Fraley’s Two-column Exercise for character creation. The game is based on two numbered lists—one containing character descriptors (silly, crazy, sarcastic) and the other, a list of character types (farmer, clown, professor). A student chooses two numbers between one and 21 and the next person in the circle has to come up with a character based on that combination. After a short improvised performance, they choose two numbers for the next person, and so on.

After using this exercise many times, I began to notice something very peculiar. Sometimes, when a student finished improvising a character, they would forget about choosing two numbers for the next person and would simply stand there, looking bemused. When I reminded them, they would invariably shake their head as if being awakened from a daydream and then announce their numbers. What was going on here? After a while, a pattern emerged. It appeared that the deeper a student went into character, the more likely it was that they would forget the number part of the exercise.

Eventually, I connected these observations with what I had come to understand about the right and left hemispheres of the brain; I developed a working theory and kept it in mind during future classes. Time and again, I witnessed the same thing—the students who were fully immersed in their characters experienced a delay before being able to select their random numbers. Was it possible that the most connected performances were rooted in the right brain? If a student was really flying with their improv and completely present in the performance, I just knew they would need a couple of seconds to switch hemispheres to get their numbers. I swear, sometimes I could almost hear a “clunk”!

As this particular exercise was always improvised, I was curious to see if the theory held with script-based performances. I started applying it to narration workshops and the results were intriguing. While performances using written material will naturally engage more of the left brain (where the language centre is located) those students who used visualization, movement, or were more emotionally invested (all of which are primarily right brain functions) gave much stronger reads and connected more fully with the audience.

The right and left brains are very different characters. One side is like a child who wants to go outside, run around, play in the mud and regard everything with curiosity and wide-eyed wonder. The other is more like an overprotective parent who wants to schedule, control and count everything. It warns of stranger danger, getting too dirty and is always telling you to pay attention and stop daydreaming. You’ve probably worked out that the “child” is your right brain and the “parent” is your left. Obviously, we cannot control the hemispheres of our brain the way we might control our eyebrows, but we can learn to sense where a performance is coming from and make any necessary corrections.

We’ve all seen acting performances which seemed stilted, wooden or self-conscious. While we don’t have brain scans of these actors while they were working, there’s a very good chance that their left hemispheres were getting in the way.

As voice actors, we need to work from the left (the adult) for script prep and decision making, and then switch to the right (the child) for the actual performance. We’ll look at techniques on how to do this and talk more about the mind in performance in Chapter 5.

Close your eyes and imagine yourself giving a TED Talk on a subject very close to your heart. Picture yourself relating to and connecting with your audience, basking in that delicious exchange of energy, and referring to your beautifully prepared slides on the big screen behind you. Got the picture? Now, are you standing perfectly still with your arms at your sides? Of course not—you’re using your entire body to express your ideas and help the audience understand and connect to what you have to say. So why would you take body movement out of the equation when you’re speaking in front of a microphone?

Obviously, when you’re narrating at the mic, you won’t be able to walk around or move your head too much, but you can move your hands and to some extent, your entire body. Even limited gesturing with one hand can magically enhance your read. Moving the body—even a little—sends a signal to your narration machinery that the “B” in your MBV is active and in the game. Test it out for yourself. Record a portion of text while you’re completely still and then again with gestures or subtle body movement. I promise you that the performance with body involvement will have more depth and more life.

Voiceover Narration: Creating Performances from the Inside Out is now available to buy at: https://www.bloomsbury.com/uk/voiceover-narration-9781350158504