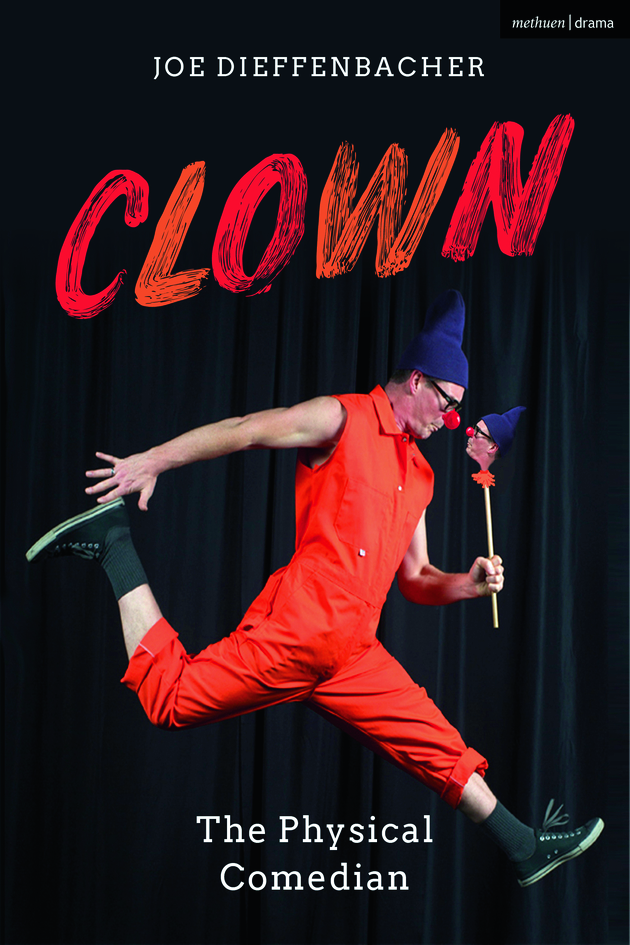 An extract from Clown: The Physical Comedian - introducing The Look

We all need a little light relief, so this month we’re shining the spotlight on clowns!

We’ve recently published Joe Dieffenbacher’s Clown: The Physical Comedian. The book is a detailed workbook for those interested in the art of clowning and physical theatre, including actors, directors, improvisers, stand-up comedians, circus artists, mask performers and devisers of new work. It offers a hugely diverse compilation of tried-and-tested exercises and games. The book is for students, teachers and practitioners to aid ensemble-building, character development, devising theatre, physicalizing text and vocalising movement, plus creating cabaret acts, clown routines and adding physical play to scripted scenes.

Here’s a little bit of history of clowning. We hope this will inspire you to put a smile on your loved ones faces in these strange circumstances…

The word clown was initially used to describe a simpleton, usually someone from the countryside; clown was another word for a “rustic fool.” Then it became a generic name for a type of character in the early commedia dell’arte (clown in Italian is zanni). British actors in the seventeenth century—inspired by the commedia—called him “the clown” and he became a central figure in the British harlequinade of that era. In early plays he was still a country bumpkin, similar to the peasant fools in Shakespeare’s works; a buffoon dressed in the ragged clothes of the lower classes. In time, he became a character in his own right. The Brits named him “Clown.”
So, the word originally described a person who was foolish, incompetent, simple. It then became a descriptive term for a type of character—the unsophisticated country bumpkin—and then the name of the character himself, a satirist who used physical comedy, exaggeration, and ridicule, to mock fashion, culture, politics, and society. I find it fascinating how the clown turned that around: first they were ridiculed by society for their incompetence, then they ridiculed society for its pretences, urbanity, polity, and customs.

In the beginning there was no set costume for the clown, no specific makeup. The “definitive clown look” came about because an actor playing the clown dressed himself in a certain way, his portrayal became popular, and everyone agreed that this was how a clown dressed. That is, until another actor playing the clown came along with a different look and made it popular. Everyone copied this look and it became the new definitive look to represent the clown.

Different eras had different ways of defining the clown by their look: in the early 1600s it was the checkered costume and leather mask of Arlecchino, a zanni from the Italian commedia dell’arte. In the early 1800s, the brightly coloured, frilly outfit of the English clown Joseph Grimaldi (whose whitened face with red triangles on the cheeks and thickly painted black eyebrows, was perhaps the biggest influence on the clown look in the West). In the early 1900s it was the French clown Albert Fratellini’s red-nosed Auguste (the second biggest influence). The American hobo or tramp clown was popularized by Emmet Kelly and Otto Griebling of the Ringling Bros. Barnum & Bailey Circus, along with Lou Jacobs’ exaggerated Auguste, with a rounded cone fitted to the top of his head which enlarged his face, giving him a bigger “canvas” to paint on his makeup. In the 1980s and 1990s, American clowns such as Bill Irwin, Avner the Eccentric, and Russian clown Slava Polunin, all evolved different looks for their clowns. The first two kept it simple, Slava went for a more exaggerated look.

Both European and American circuses developed a number of variations on the clown’s costume, makeup and nose. There was the Classic Whiteface, an elegant, glamorous clown, sharply dressed, his costume often covered with sequins. The Whiteface clown was similar to the Classic Whiteface, but less ostentatious, merrier, more animated. There was the Grotesque Whiteface, with painted features that were eccentric and exaggerated. There were the Glitter Clowns who wore a costume and makeup that were more ornamental than expressive. The lower half of the face of the Tramp Clown was a sooty black, with white around the eyes and mouth, and a round flesh-coloured nose whose tip was a soft red, his costume a ragged mess. The look of the Auguste Clown was a mixture of Whiteface and Tramp: not as miserable looking as the Tramp Clown, but rougher than the Whiteface. The Auguste style popularized the red nose and ill-fitting, mismatched, costume bits: too-large neckties paired with tiny hats, big, long shoes below baggy pants. The look of the Contra Auguste was a mix of the Auguste and the Whiteface, the visual equivalent of neither being the boss nor the fool but somewhere in between. As clowns moved into theatres, nightclubs and hospitals, the Character Clown and Clown Light were created. They cherry-picked ideas from the other clown looks but toned them down, using a lighter base makeup with simple accents around the mouth and eyes, or no makeup at all, just a red nose, and costumes that were enhanced versions of everyday clothes. Russian clowning, which influenced such artists as Slava Polunin, Licedei, Aga-Boom and the KGB Clowns, created a unique evolution of the clown look, freely mixing Whiteface, Auguste, Tramp and Character makeups to create a mash up of costume elements.

Clown is now available to buy at Bloomsbury.com