The Actors’ and Performers’ Yearbook is back with a brand-new edition for 2020, now available in bookshops and online.

Featuring updated listings and fresh advice from industry experts, this is a unique and essential book that no one in the performing arts industry should be without.

Actors’ and Performers’ Yearbook 2020 features several new articles including The multi-hyphenate comedy actor-performer-writer; Ignition, inspiration and the imposter; Be prepared for publicity; and Equity pension scheme. Along side the comprehensive listings it also features aspects of the profession not previously covered, as well as continuing to provide valuable insight into auditions, interviews and securing work alongside a casting calendar and financial issues. This is a valuable professional tool in an industry where contacts and networking are key to career survival.

To celebrate the publication of Actors’ and Performers’ Yearbook 2020 we have selected an extract from one of the many new advice articles featured in this year’s edition: 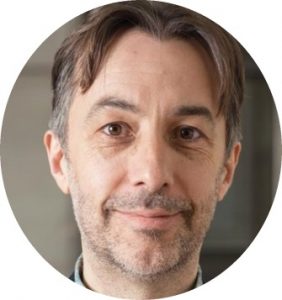 In my view the best thing you can do to develop as a comedy actor-performer is to become a comedy actor-writer-performer. Writing for yourself makes you proactive, generating your own projects, and it gives you a way to showcase yourself which is not dependent on waiting for others. Then, when you do audition you will be a more attractive, match fit proposition. There are so many ways you can write and perform your own comedy. In this article I am going to draw on my own work as a director, coach and comedy consultant to hopefully inspire you with a range of real world examples.

If you haven’t already started writing for yourself, an easy, but admittedly scary, start is to do five-minute stand-up open spots. You might shudder at the thought of stand-up, but it’s the quickest and most direct way to get yourself in front of audiences and – with luck and persistence – there’s a clear progression to paid gigs. Stand-up courses (ahem, like my own in London) can help ease you into it, and there are many supportive and friendly new act nights, especially in cities. Why as an actor might you do stand-up? It shows gumption and bravery, and it means you are getting regular stage time in front of audiences. All far more attractive than ‘resting’ between jobs. It also opens up other avenues such as presenting and compering.

The default in stand-up is to appear as a heightened version of yourself. In this case, you become a character; you’re playing a version of yourself. As part of your act you can also deliver act-outs and dialogue as other characters thereby showcasing your acting and vocal talents. I coach an actor-stand-up, Ben Keenan, who makes a point of getting as many voices into his act as he can. This year he is also doing a group show at the Edinburgh Festival Fringe where he and two other comics share an hour-long slot. So alongside (or even instead of) club gigs you can develop a festival show. These are typically an hour and can take you to many agreeable places and the major festivals are swarming with producers.

[…] If you don’t like the idea of being yourself on stage, however, you can also perform as a fictional character in stand-up contexts. I have worked for a number of years with character comic-actor-film maker Steve Whiteley. On the live stage he has found success performing in character as the spoken word artist Wisebowm. Initially performing short sets in comedy clubs in character, he progressed with me as director to doing full-length festival shows. To make the leap to this broader canvas, we fleshed out the wider world of characters around Wisebowm, treating the one-man show in effect like a sitcom. This then made the next step to a BBC Radio 4 sitcom pilot (that I script-edited) a natural one. It also showed the value of live performances as the producer sold the idea to the BBC using live footage.

[…] A perhaps more sociable way to showcase a range of characters of your own devising is in sketch comedy. Stand-up Janine Harouni writes and performs with the sketch group Muriel alongside Meg Salter and Sally O’Leary, all three of whom I have intensively coached in sitcom writing. The discipline of creating characters and sketches is a great grounding for the longer form of sitcom narrative and there are many examples of sitcoms that had their beginnings in sketch work. And what a great opportunity sketch shows present to you, the actor, to show your versatility and range and to try out characters and situations in short form.